How Common Is Nursing Home Neglect and Abuse?

How Common Is Nursing Home Neglect and Abuse?

As an attorney who represents nursing home patients and their families, I am often asked the important question: “how common is abuse and neglect in the nursing home setting?” Many times, the person asking follows their own question with a comment along the lines of: “I bet you see lot of it.” It is interesting that so many people have this intuitive response.

We all too often see and hear the headlines about how yet another nursing home has failed to properly care for a patient. These common reports of neglect and abuse include understaffed facilities that let patients suffer deadly falls, facilities that fail to turn and reposition patients causing the development of painful pressure sores, the posting of explicit photos/videos of patients to social media, and even sexual assault. Just one such incident is clearly too many, but the question remains: are these reported incidents unfortunate isolated events, or warning signs of a much larger problem?

To answer the question, we will look at studies reporting what state investigators, nursing home employees, and patients and families themselves have to say about the issue. But first, it is important to point out that even one single act of abuse and neglect is unacceptable. No matter how many nursing homes there are, or how many vulnerable patients they choose to admit, abuse and neglect can always — and should always — be prevented.

Every nursing home in the U.S. that receives Medicare funding (i.e., virtually all of them) explicitly agrees and promises us taxpayers to help every resident “attain or maintain the highest practicable physical, mental and psychosocial well–being.” In other words, they are paid to ensure that patients receive proper care and to ensure patients are not neglected or abused.

Yet, most of us have a family member, friend, or other loved one who has suffered a far different experience while residing in a nursing home. This anecdotal evidence of widespread neglect and abuse is confirmed by the reports of those who have researched the issue. For years now, the evidence from government investigations, as well as surveys of nursing home employees and patients, all confirm the unacceptable prevalence of patient mistreatment.

Let’s start by looking at the results of a U.S. Congressional investigation that studied the prevalence of nursing home neglect and abuse. That investigation found that in just a two year period, over 30% of U.S. nursing homes had been cited for nearly 9,000 abuse violations that had the potential to cause harm to residents. In fact, more than 2500 of those care violations were severe enough to cause actual harm to residents or place them in immediate jeopardy of death or serious injury. The Congressional report found that 1 in 10 nursing homes were cited for abuse violations that indeed caused actual harm, or worse, to residents. (U.S. House of Representatives, Waxman, 2001)

Of course, not every instance (and probably not even most instances) of neglect and abuse are reported to, or investigated by, state investigators. As ominous as those Congressional findings are, common sense dictates that this report likely revealed just the tip of the iceberg. Studies involving interviews of nursing home staff, patients and families about the prevalence of abuse and neglect in fact suggest the problem is even more widespread and severe than the Congressional report.

Another study involving investigative surveys of certified nurse aides (CNAs) found that an overwhelming 81% of them had observed — and 40 percent had committed — at least one incident of psychological or emotional abuse during a 12-month period. The abuse included yelling in anger, insulting or swearing at a resident, inappropriate isolation, threatening to hit or throw an object, or denying food or privileges (Pillemer & Moore, 1989).

There is more. A focus group study of certified nurse aides from 31 nursing facilities supported the Pillemer and Moore findings, reporting widespread verbal abuse by staff:

Because nursing home employees may fear repercussions when reporting their own or their colleagues’ neglect/abuse, patient reports of abuse and neglect may give us be most accurate sense of how common neglect and abuse is within this industry.

Appalling instances of abuse and neglect reported by this study included:

This survey found that 44% of residents reported that they themselves had been abused. (Atlanta Long-Term Care Ombudsman Program, 2000)

THE HARM TO THE PATIENTS

This shocking prevalence of abuse and neglect of course leads to injury and death to patients. A 2014 report by the Inspector General of the Department of Health and Human Services confirmed a shocking number of preventable injuries and death due to neglect. The report found that one-third (33%) of nursing home residents in a Medicare-nursing home stay suffered an adverse event or other harm in the month of August 2011, and that most of the events were “clearly or likely preventable.” The report also found that an estimated 1.5 percent of Medicare nursing home residents (1,538 people) experienced adverse events that contributed to their deaths, in just a one-month period. (Levinson, OIG, 2014)

As disturbing as these reports are, as we will discuss in a future article, the evidence suggests that nursing home abuse and neglect is very likely underreported, underestimated, and under-recognized.

SO WHAT DOES THIS MEAN FOR YOU?

As a practical matter, nursing home care is simply a necessity of life for many in this day and age. Patients need, and should be able to expect, quality nursing care when their health condition requires it. Families are not typically trained or able to provide the level of professional nursing care that U.S. nursing homes should be able to provide.

But these statistics show that nursing homes are not doing the job they are being paid to do. Diligence is required in order to ensure the U.S. nursing home industry is held accountable to their patients and to the taxpayers who are paying for the care.

While the prevalence of abuse and neglect is alarming, it is important to know that there are actionable steps that you can take to both help prevent these care failures in the first place, and also to hold those responsible for abuse and neglect accountable. Be vigilant and look for any warning signs of neglect or abuse, document them, and report them immediately. You can read this article on how to recognize nursing home neglect or abuse and file a complaint.

More about the prevalence of nursing home neglect and abuse (and how to help prevent it) is also discussed in my recently published book, Abuses and Excuses: How To Hold Bad Nursing Homes Accountable, now available on Amazon.

This problem is not going to go away on its own. It will take all of us, each doing what we can, to help put a stop to this rampant problem. Together we can make a difference. 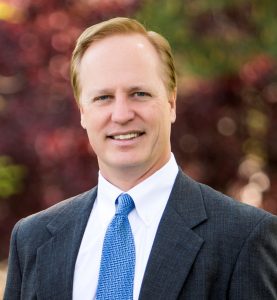 Jeff Powless is an attorney and the author of the 2017 book, Abuses and Excuses: How To Hold Bad Nursing Homes Accountable. Abuses and Excuses breaks new ground in helping patients and families hold bad nursing homes accountable, sharing a wealth of insider strategies and insights. It’s an eye opening account of corporate greed, acts of neglect and abuse, an insidious industry culture of cover-up, and the actual harm that inevitably befalls vulnerable nursing home patients all across the country with shocking frequency.

Broyles, K. (2000). The silenced voice speaks out: A study of abuse and neglect of nursing home residents. Atlanta, GA: A report from the Atlanta Long Term Care Ombudsman Program and Atlanta Legal Aide Society to the National Citizens Coalition for Nursing Home Reform.

Find Us – We’re At The Fort

877-769-5377
8901 Otis Avenue, Suite 125 Indianapolis, IN 46216
We handle cases throughout Indiana, including Indianapolis and surrounding areas such as Carmel, Fishers, Greenwood, Southport, Greenfield, Avon, Plainfield, Brownsburg. Also serving all areas in and around Gary, South Bend, Merrillville, Fort Wayne, Anderson, Lafayette, Bloomington, Lawrenceburg, Terre Haute, Vincinnes, Columbus, Evansville, Tell City, Clarksville and Jeffersonville. The content provided in this site is for informational purposes only and is not nor is it intended to be legal advice. You should consult an attorney regarding specific information relative to your situation. Correspondence sent to us via email does not constitute a lawyer/client relationship and should not be construed as a legal contract for services. Read full disclaimer.